Francisco Goya (1746 - 1828) is a symbol of Art in Spain and one of ´s most famous artists , painting for the Spanish royal family for many years. The themes of his work are wide ranging, although towards the end of his life he notably began painting darker and more disturbing scenes, known as Goya´s black period.

In 1819 Goya bought a house outside named Quinta del Sordo (Villa of the Deaf man), which had been named after its previous owner. The name was also fitting for Goya, however, who had suffered an illness in his forties that had left him deaf too. It is thought that Goya wanted to isolate himself after the illness and had generally become slightly bitter about life and mankind after the events he a seen and suffered during his lifetime, namely the Napoleonic wars in and his own illnesses. The result of these feelings were his black paintings, which he painted directly onto the walls of his living and dining rooms in the Quinta del Sordo with oil paint, most likely with the intention that the public would never see them. It is suggested however, that their position in the most important rooms of his house could have been to shock his few visitors into realising how truly disturbed he was becoming.

Goya's black paintings are both dark in colour, as well as in theme, mainly portraying distorted figures and pained faces. They are thought to be a manifestation of his estrangement to society, his fears and anxieties. There were 14 black paintings in total, which were later transferred to canvas and displayed in the . Goya also never named his black paintings, further proof that he never intended to show them to the rest of the world; art historians have since labelled them with appropriate names.

Undoubtedly one of the most famous of these fourteen paintings is Saturn Devouring his Son, which shows the Roman god Saturn eating his own child, the head and arm having already been eaten. According to Roman mythology, a prophecy told Saturn that one of his sons would overthrow him and so he ate each of his children after they were born to prevent this happening. Other painters, such as Peter Paul Rubens have also depicted this image, which is perhaps where Goya´s inspiration comes from. Goya´s version is different however, in that Saturn´s bulging eyes portray his savage insanity at eating his own child, where as Rubens´ version is more refined. The real darkness of this painting and the savageness of the image are perhaps symbolic of what Goya has seen humans be capable of doing to each other, as well as a reflection of his own fear of insanity.

Another famous Goya painting is Witches´ Sabbath, which depicts the devil in the form of a horned goat surrounded by a circle of fearful and obedient women. To the right is a young woman with a black cape, observing what is happening. It is thought that she might be about to be initiated into the coven of witches. The image is a darker portrayal of his earlier work, Witches´ Sabbath (1789). Both the paintings are a satirical comment on the superstition of the Spanish people during this period and how Goya objected to government´s use of this as a political tool.

Other famous Black paintings by Goya, created between 1819 and 1823, include Asmodea, Fight with Cudgels and Two old men eating soup. 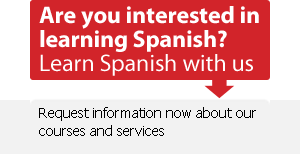